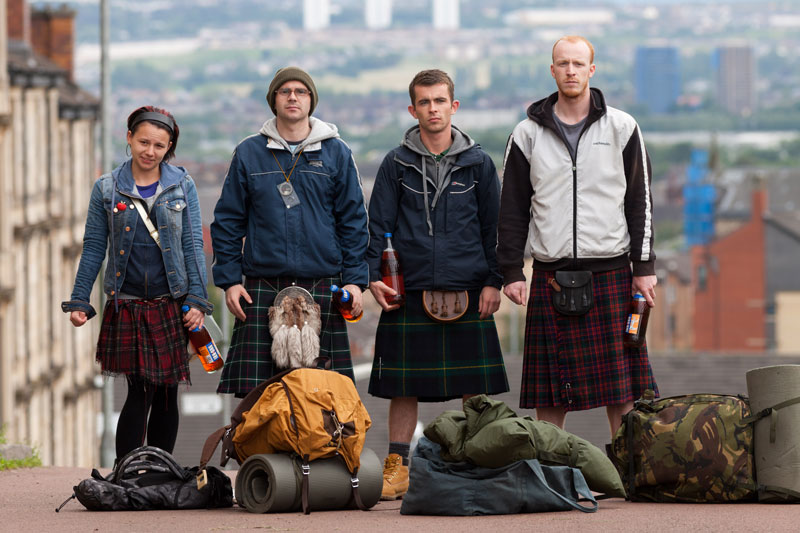 An untapped talent for discerning the quality of scotch whiskey offers a desperate Glasgow lowlife a much-needed shot at redemption in this gentle comic fable from director Ken Loach and longtime screenwriter partner Paul Laverty. Caught up in a family feud that's about to blow up in his face, Robbie (Paul Brannigan) is offered a large sum of cash to leave Glasgow by his pregnant girlfriend's father. He's facing 300 hours of community service when he slips into the maternity ward and looks into the eyes of their newborn son. In that moment, Robbie vows to do everything in his power to give his son a better life. In the wake of Robbie's sentencing, he's placed under the watch of the surly yet kindhearted Harry (John Henshaw), who introduces him to the joys of fine whiskey. A trip to a local distillery with Harry soon follows, and it's there that Robbie's sensitive nose picks up all the subtle nuances of the complex whiskey swirling in his glass. Meanwhile, upon learning that the two-percent of the spirits that disappear into the air every year are known as "The Angel's Share," Robbie and fellow dead-enders Rhino, Albert, and Mo hatch a plan to steal one of the world's rarest whiskeys. Now, for the first time in his life, Robbie has a choice -- will he resort back to his old criminal ways, or follow his perceptive olfactory nerves to a future he could have never seen coming?