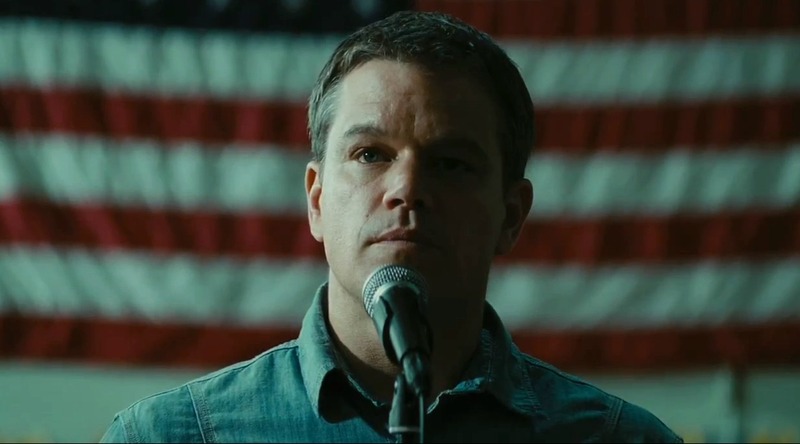 A small-town teacher stands up to a pair of drilling representatives who are determined to exploit the local resources, and receives some unexpected support as the community rallies to drive away the persistent interlopers in this drama from director Gus Van Sant. Steve Butler (Matt Damon) is a corporate salesman with a reputation for getting results. When the company he works for draws up plans to drill for natural gas in an economically depressed farming community, Steve and his partner (Frances McDormand) attempt to convince the locals that they have an opportunity to profit from the project. At first the locals are welcoming, but when venerable teacher Frank Yates (Hal Holbrook) voices objection, concerned locals Dustin (John Krasinski) and Alice (Rosemarie DeWitt) help to launch an effective grassroots campaign against the drilling. In addition to co-producing and co-starring in Promised Land, Damon and Krasinski also collaborated on the screenplay for the film, adapted from a story by Dave Eggers (Where the Wild Things Are, Away We Go).