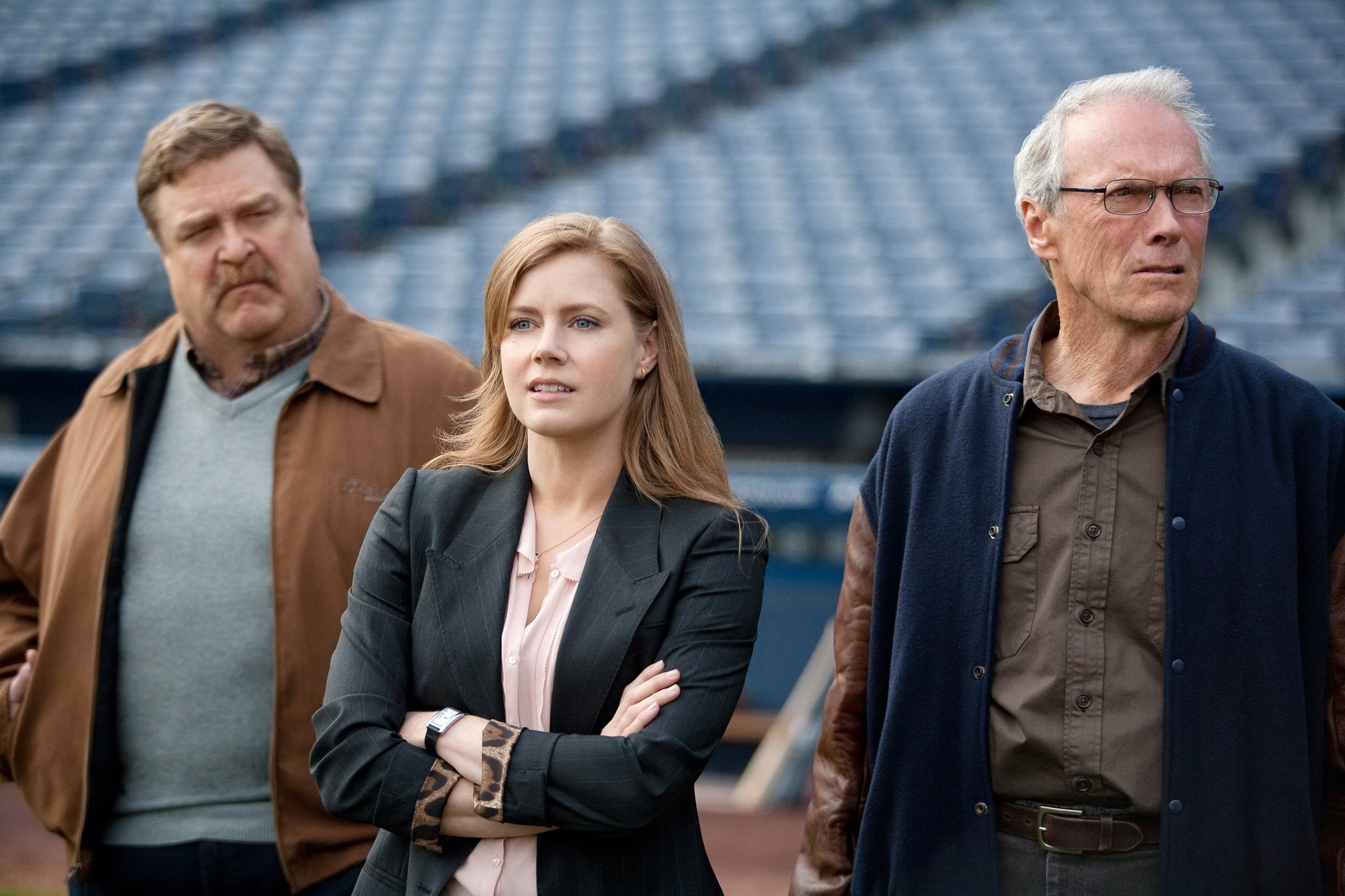 Trouble with the Curve

Gus is a baseball scout. The team he works for thinks he should retire. He asks them to let him do one more scouting job to prove himself. His friend, Pete, asks Gus's estranged daughter, Mickey, if she could go with him to make sure he's OK as his eyes are failing. The doctor tells Gus he should get his eyes treated but he insists on doing his scouting assignment, which takes him to North Carolina. Mickey decides to put her work on hold to go with him and she wants him to explain why he pushed her away. Whilst there he runs into Johnny, a scout from another team who was a promising player Gus once scouted. Johnny and Mickey take an interest in each other.